A week of actions. On the first day, Public Movement members acquired library cards at the Staatsbibliothek and each member borrowed one book. The movement manifested its presence in a protest event that took place around the Tempelhof airport, participated in a German class for beginners in a public language school, invited the public to a practice session with a Skills for Action instructor who trains citizens for acts of resistance, made a group bike ride in Karl-Marx-Allee and performed a State Visit in the Reichstag area. Unofficial visits to a significant historical site and to a party headquarters took place. The ceremony 'Also Thus!' filled the square in front of the Olympic Stadium. The Iranian Ambassador to Germany was invited. 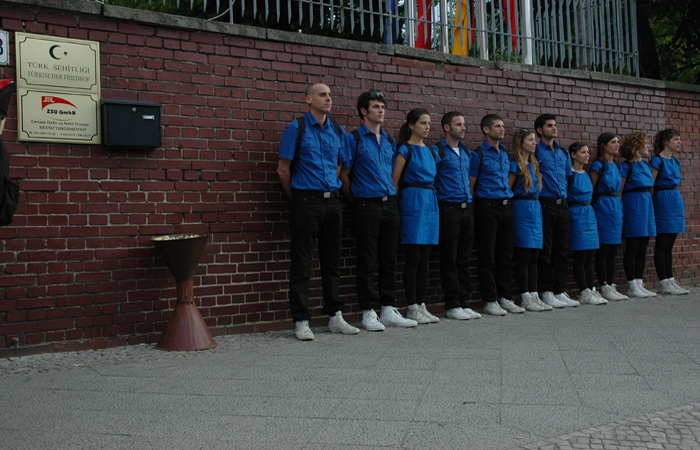 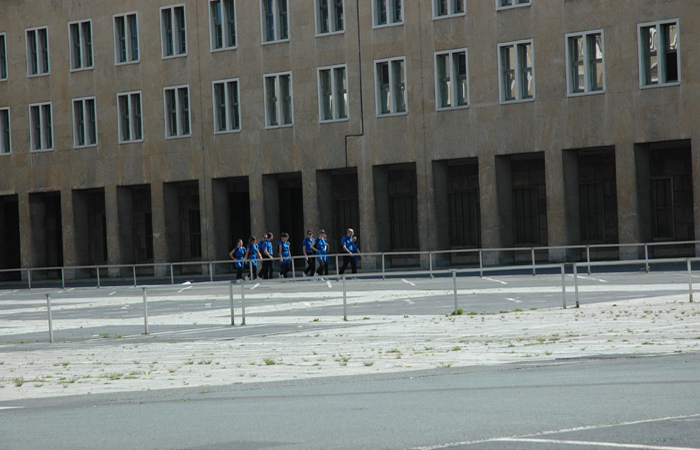 “The work took on new associations in the shadow of Albert Speer’s monumental Olympic Stadium. Before an audience seated in temporary bleachers, the group employed a small set of sonic and visual elements to powerful dramatic effect: a dozen flags, ten uniformed men and women performing military manoeuvres, sounds of marching, sounds of revved engines and an evil-looking black car, sharking around with intent. At one point the car screams out of nowhere, smacking a male performer two metres clear. Someone opens a door, and the torso of a woman, apparently dead, tumbles out. With the rest of her body still inside the car, her arm is left trailing along the parade ground, as the fallen male performer is lifted to the top of the vehicle and it is solemnly pushed out of the staging area…While Also Thus seems to suggest some kind of new language for theatre, Public Movement state that they consider the work as a ceremony. Where exactly the dividing line lies remains open to question; in some sense the one follows where the other breaks down.”
Daniel Miller,Frieze  published 13/07/2009 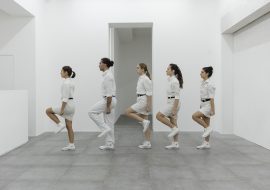 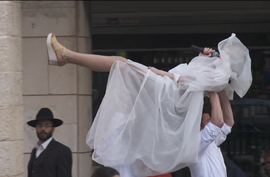 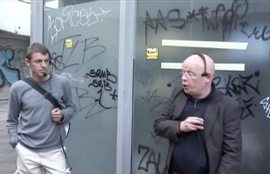 FIRST OF MAY RIOTS