Choreographies of Power is a new action created by Public Movement. It was commissioned and performed at the Guggenheim Museum, New York, as part of the public programs for the exhibition "But a Storm Is Blowing from Paradise: Contemporary Art of the Middle East and North Africa".
Public Movement invited visitors to participate in Choreographies of Power, a 30-minute procession through the Guggenheim’s collection galleries. As part of the procession, the performers enacted ceremonies, physical encounters, short speeches, and moments of violence, which activate modern constructs such as the museum and the nation-state, to shed light on current political trajectories. Public Movement performs elements from the Guggenheim’s history to explore the collection’s hidden political apparatus. Within this narrative paintings are activated as envoys, agents, and diplomats whose movements expose the museum’s public role and the power relations exercised while building a collection.
Choreographies of Power addresses several themes that are present within the exhibition. It was researched and developed by Public Movement during a mini-residency exploring the collections and archives of the Solomon R. Guggenheim Museum, and in a studio residency at Outset Contemporary Art Fund, Tel Aviv. 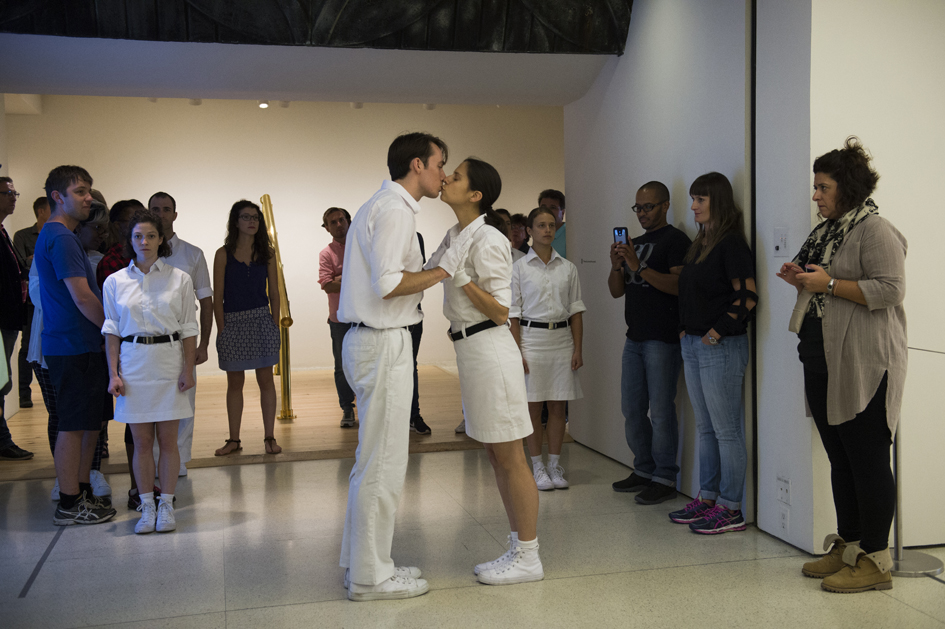 As the performers came toward me in a unified block, the choreography of their strides in concert with their determination to create an unbreakable wall hinted at a dangerous kind of force that was especially chilling in the context of the resurgence of nationalism and fascism in the past year.
Hyperallergic / Risa Puleo 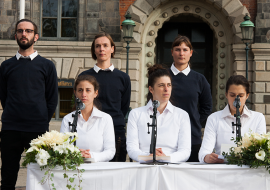